A downloadable game for Windows, macOS, and Linux

Please considering enabling "Cheat Mode" in the settings before starting game for a better experience.

In an isolated corner of the universe, space truckers can catch a bite to eat and a hot cup of recaf during their long hauls at this space truck stop. Far from the authority of the monolithic Assembly, the station has also become a hub for members of The Combine, a criminal organization. Unfortunately for Station Administrator Parker, the head of The Combine has just been found dead; his head crushed in an industrial press in the station's warehouse!

E to talk to NPC's 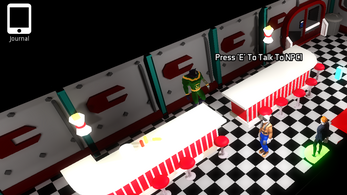 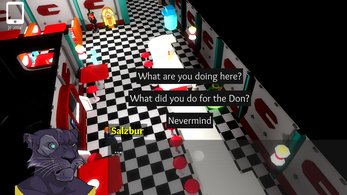 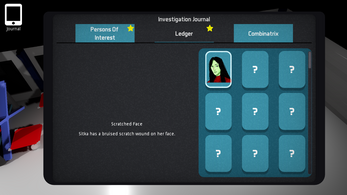